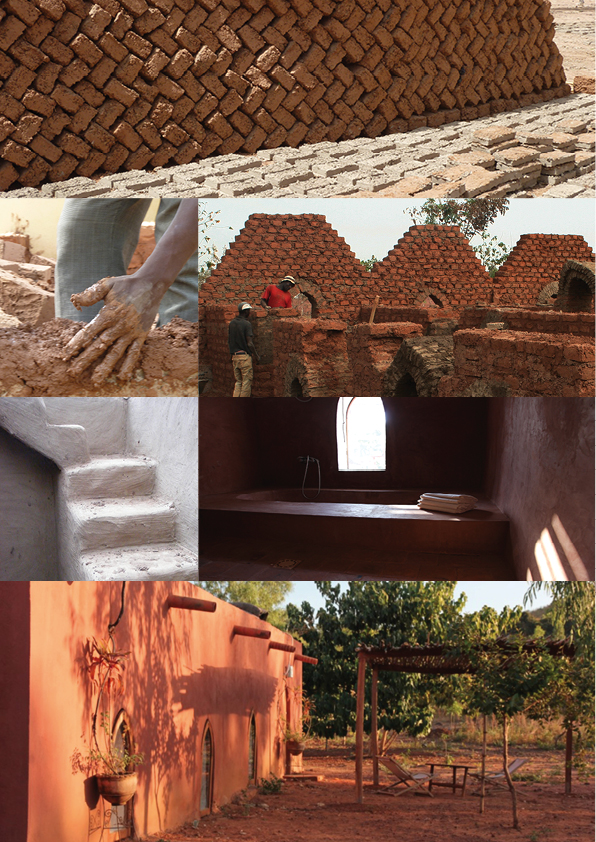 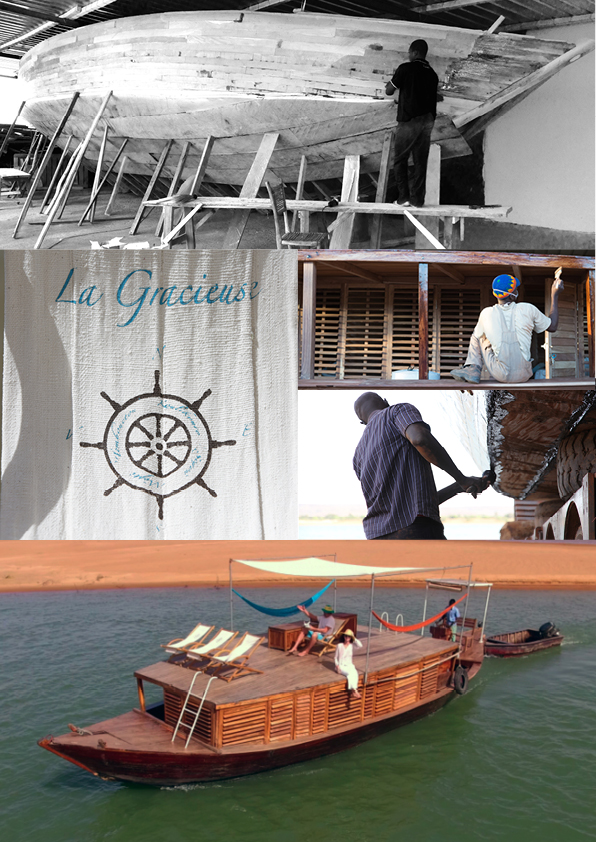 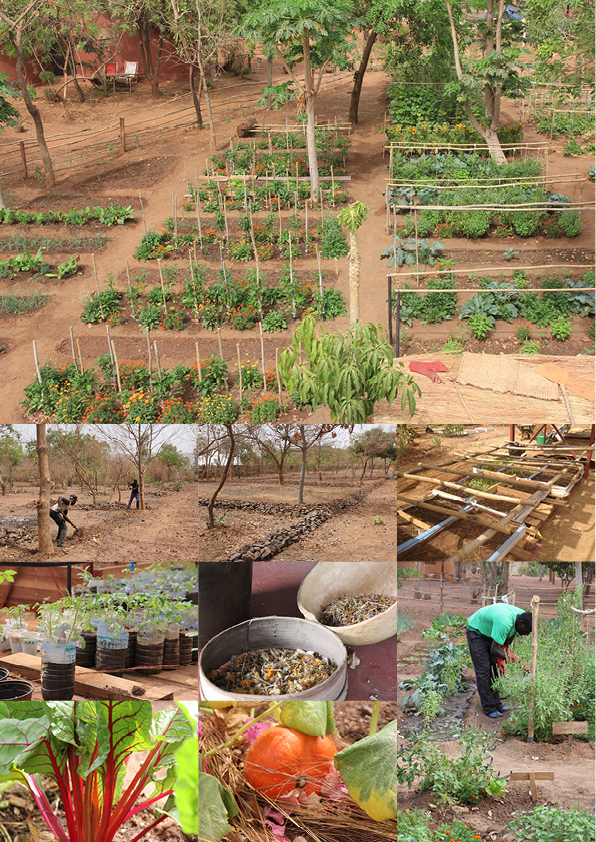 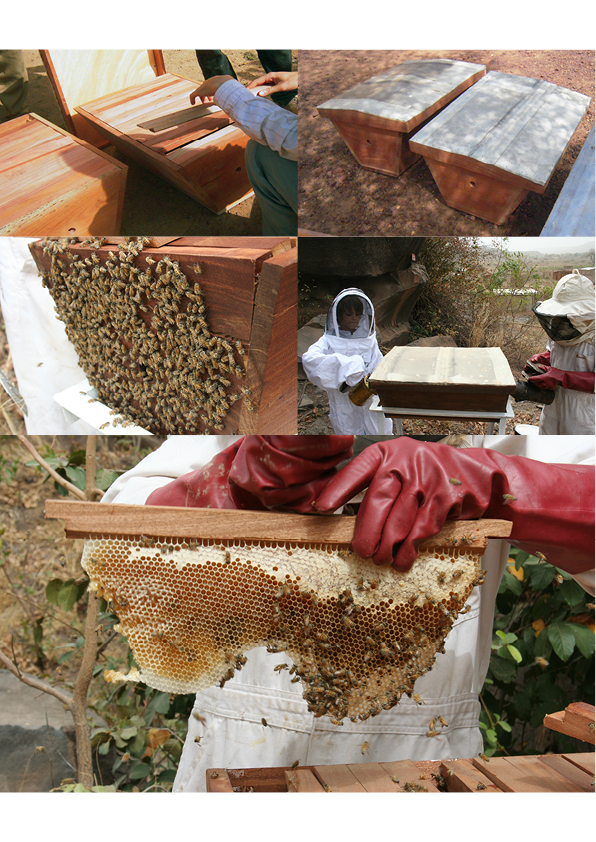 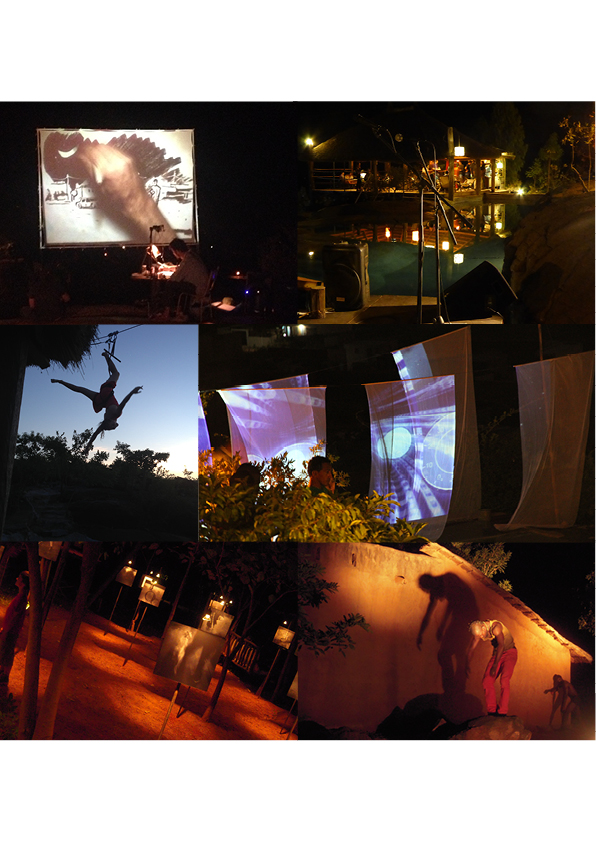 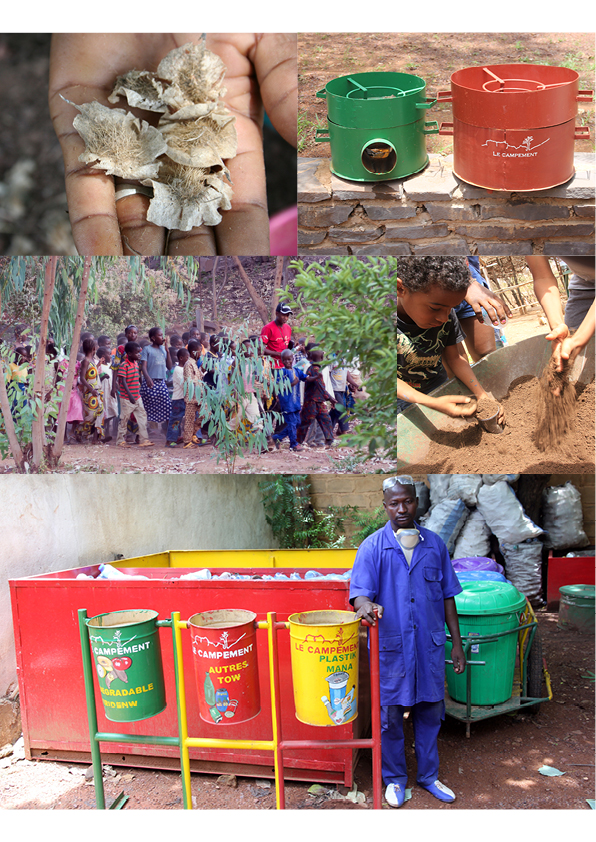 When building Le Campement, we had a dream: to create and produce everything on-site, whilst having a positive ecological and social footprint. From the original 20 people involved, there are more than 100 of us today, including 50 artisans. This development has happened slowly, without subsidies, simply by reinvesting month after month after month the bulk of the profits generated. Alongside the hotel and craft activities, we have carried out multiple environmental and citizenship actions. You will find below a presentation of a few of the developments undertaken and ideas that we have had during these years. Reforestation, agrobiology, food processing, vocational training, earthen architecture, design and art crafts, culture, … We invite those inspired by our projects to join the adventure of Le Campement. We will help you to realize your dreams of a better world: more ecological, fairer and richer. Le Campement provides many benefits as an operational platform for your projects. – It already brings together a wide range of trades in the artisanal, hotel, environmental and agrobiological sectors. – There is space : 20 hectares very close to Bamako. – Already connected to water, electricity and the internet. – It offers all the amenities to accommodate consultants and technicians (hotel, catering, work spaces, sports field, …) – Finally, Le Campement brings real visibility to projects: easy media spin-offs and an immediate impact with the inhabitants of Bamako.

The terrorist attack that Le Campement was a victim of on June 18th must not ruin such an ambition, but instead give it even more sense and more determination.

SHOWCASING THE ECOLOGICAL VALUE OF THE SPACE

1. Give pride of place to nature, by planting trees, by cultivating our vegetable garden Since its creation, Le Campement has initiated several projects of this kind: – 2003: An initial planting of 2,000 trees of the guéni and caïlcédrat species to compensate for the wood that we collect for the joinery. – 2005: Planting of an orchard: orange, lemon and mango trees (productive today). – 2008: To encourage the return of bees and the pollination of the site, and serve our honey for breakfast, 20 hives were put in place with the help of a beekeeping customer and friend. This year, 15 new, more modern, hives are being installed and will allow us to produce honey that we can then sell. – 2009: A second planting of 1,000 trees was made in partnership with the association Les Amis du Monde. This enabled the installation of a drip watering system on each plant, thus maximizing the chances to see the plants reach maturity in large numbers. – 2014: The organic kitchen garden now partly supplies the restaurant, and new spaces have been chosen to amend the land and to further develop the garden. – Seasonal crops such as calabash (artisanal use for musical instruments), and straw for the roofs, are made each year. (See below the cultivation plan in July 2017)

2. Develop our natural resources to transform them or use them locally to create added value and jobs At the beginning of 2016, we had the idea of transforming the vegetable garden surpluses and launching a line of products called the “Delicatessen of Le Campement”. We therefore constructed a building specifically dedicated to the cannery, and part of the equipment has been purchased. The unit is almost operational. In the same line, we are studying the manufacture of soap and cosmetics based on all the flowers of Le Campement (jasmine, frangipani, …) The following ideas are at the project stage: – Fish farming in the retention basins of the renewable energy project (cf. below). – Creation of a genuine arboretum, a directory and a producer of plants used in dyeing for our textile workshops; and medicinal plants for the traditional pharmacopoeia which must be preserved and put forward.

1. Energy self-sufficiency : both a technical and a creative challenge Our objective is to operate Le Campement on 100% renewable energy. To have electricity 24 hours a day, we need to combine solar, hydraulic and wind energies and produce biogas. Here is what we envisage: – Solar: Use the roofs of the warehouses and the car parks. – Hydraulic: The camping site has a vertical drop of more than 50 meters and offers the possibility of building two water retention basins. During the day, solar pumps bring the water from the bottom basin to the high basin, and during the night the water drops down whilst supplying hydroelectric turbines. These two large basins will also be developed for leisure activities (cascades, water chute, …) – Wind: A definite boost from November to May. – Biogas will provide complementary ongoing energy and will best recycle our waste (see plan below).

2. Education and awareness of the environment Since its beginnings, Le Campement has organized guided tours for the district school, green classes or holiday camps. Learn small ecological gestures, show the beauty and how to respect nature, what is polluting and what can be done by each individual; and demonstrate that by living in harmony with nature one can create a lot of wealth, such as a prolific vegetable garden or … an eco-lodge! (For Le Campement has been created with pieces of wood and earthen bricks, without subsidies or bank loans.) We also had a project to edit a small educational book for children, illustrated with drawings of the camp. A garbage collection EIG has been created for the surrounding area, and garbage cans have been distributed in the neighboring village.

3. Stop the waste! Our objective for 2016 was zero waste. We almost got there. Sorting, compost… As we could not recycle all plastics, we chose to bury those that could not be re-used. Much remains to be done … There are units allowing us to transform waste plastics into new raw material, presses using woodchips to make briquettes or insulating panels, …

Finally, we developed, in partnership with the Rouen association Les Amis du Monde, the manufacture of a cost-effective wood cooker that we seek to promote. A carbon subsidy is necessary because the cost is too high for the families concerned. A large administrative file to be dealt with!

4. Projects linking crafts and the environment We would like, for example, to put in place an ecological synthetic dye unit, using a technology that respects the environment. The yarn and fabrics that it dyes would be directly used by our workshops, benefiting from our commercial production opportunities. Accompanied by training, such a unit could create jobs for the women who live near the camp.

Le Campement is a place where many trades work together. And where four craft workshops sit alongside a hotel, a restaurant, … Several foreign consultants have already come to carry out training, such as in joinery and service, and we immediately felt the benefits. We have therefore thought of founding a vocational training school for craftsmen (joiners, metal joiners, plumber, electrician, tailor, weaver, etc.) and the earthen construction trades, but also in the field of agrobiological farming and the processing of the products of nature. We imagined building the school on the hill … designing buildings with a beautiful earthen architecture. Le Camepment could then be considered as a school building site, a human and pedagogical adventure …

Inaugurated in 2007 with a show by the choreographer Kettly Noel, Le Campement has always had the ambition to be a key cultural location in Mali. In the years 2010–2012, the “24h en brousse” music festivals were very successful. Then we welcomed artistic residencies with World Kora Trio or Midnight Ravers, theater workshops with director Eva Doumbia, off-the-record photo exhibitions of the Bamako biennial, … Le Campement is suitable for unique artistic residencies thanks to all its work spaces, its workshops capable of achieving made-to-measure installations. It can accommodate large festivals on its land, which is rich in natural stages, multidisciplinary exhibitions, …

Earthen Architecture – building according to the tradition of the Nubian vault

La Gracieuse was built in the workshops

The trades of Le Campement – crafts, training and know-how

Sensitization of students to ecology – selective sorting of waste